Everyone that had the chance to meet her was impressed by the humility and generosity of such a great athlete and role model.

Clarisse we wish you all the best for the future and especially 2020, and again thank you very much for taking the time to come and share magic moments with us.

And a great big thank you to the ligue de judo de Nouvelle Caledonie, who made all this possible. 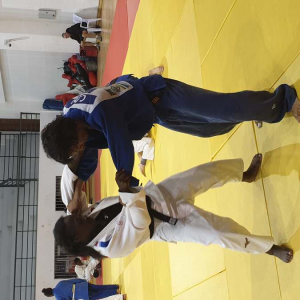